Sally Jackson NZOM Sally Jackson, a person who has played a key role in helping children with additional needs thrive, has been honoured in the Queen’s Birthday Honours List. Jackson, from Waikanae, has been made a Member of the New Zealand Order of Merit for services to special education. “It’s truly humbling but nothing that I have ever done in regard to special education has been on my own. “You can’t do things if you don’t work as a team.” Jackson started in the education sector in the mid-1960s when she became a speech language therapist after attending Dunedin Teachers’ College. “I wanted to help kids particularly with communication challenges.” Her first job was in the speech clinic at West End School in New Plymouth which “was hugely rewarding but I could always see there was more”. A stint in Canada saw her work as a speech therapist in a school which hadn’t had an educator, only a health professional, “so that was kind of breaking new ground”. It was the first time she came into contact with children with more diverse needs too. Back in New Zealand Jackson worked at Cottle Kindergarten in Upper Hutt which had a small group of children whose needs were also diverse. She was then asked if she would like to try an assessment class in Naenae School which comprised a small group of children, aged 5 to 7, whose needs “were presumed not able to be met in their local school”. “So they came together in this assessment class which was great. “There were kids who appeared very able but who were quirky, and who did really unsociable and uncommunicative things. “I was puzzled by these kids. “And then I heard Elizabeth Newson from Nottingham University, who came to New Zealand for a conference, and she talked about children on the autism spectrum. “I was hooked.” Jackson won a Rotary International Scholarship to go to Nottingham University where she could do a masters degree and learn more about children with autism. Back again to New Zealand and Jackson “really wanted to do things” but it was at a time when autism was a label, and there wasn’t much buyin, so she felt thwarted. But then she got asked into the Department of Education “which was pretty significant because it meant I could use my learning and work again, firstly in early intervention, which is so important and for me the most critical”. She worked for the Education Review Office for a short time and then into the Ministry of Education for more than 20 years where real change happened. Jackson started at the ministry at a time when the Education Act “gave children with disabilities the same right to enrol in school as their peers which seems now like a no-brainer”. “I was at the right place at the right time and it was amazing to see ministers from both sides really pick it up and embrace it.” In her roles she led a number of initiatives including the establishment of resource teachers for students with learning and behaviour challenges, the national communication service, interpreter support and a deaf education strategy, specialist teacher qualification, family sign language support, among other projects. “Thinking from where I was, that autism was just a label, to now thinking one in 62 kids are on a spectrum of some kind, and using that whole neurodiversity term, that each kid is exceptional at doing things, is amazing.” Of course things don’t always run smoothly and she had a simple tip for people who might be struggling with children’s needs whether in the classroom or at home. “What can I do differently?” Jackson looked back on her time in the educational sector with a lot of pride and sense of making a difference. “I’ve loved my work and can’t remember a day I didn’t want to go to work. “It really has been a privilege to be part of making change but there’s so much more to do.” 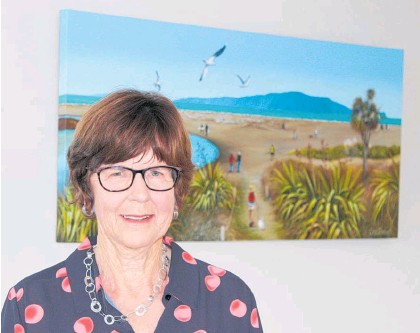