Agroundbreaking initiative to train and develop 25 new journalism cadets — including those from Ma¯ori, Pacific and other communities traditionally under-represented in media — has been announced by New Zealand Herald owner NZME and three major partners. The unique collaboration between NZME, Ma¯ori Television, Pacific Media Network and Newshub-Discovery this week won $2.4 million backing from New Zealand On Air’s Public Interest Journalism Fund. The project, known as Te Rito, will recruit trainees and a small team of programme staff ready for a February 2022 start. Fifteen of the trainees will be based at NZME’s Auckland offices and 10 reo Ma¯ori-fluent cadets will be housed with Ma¯ori Television. All will learn and work across the nationwide newsrooms of the four partners and other affiliated media organisations during a thorough one-year grounding in digital, audio, radio, video, television and print journalism. NZME head of cultural partnerships Lois Turei said the collective approach by four media companies was “unprecedented”. Te Rito was an exciting new pathway for young journalists which would inject the industry with voices that better reflected the diverse communities of Aotearoa. “Te Rito principles are grounded in tikanga Ma¯ori (protocol) and this will hold the space for cadets of all backgrounds to carry their cultural practices into their professional lives. Weaving aspects of their culture into their work will result in stories that are rich and multi-layered — that’s a powerful gift to newsrooms.” Ma¯ ori Television head of news and current affairs Wena Harawira said the Treaty of Waitangi-based partnership addressed the critical shortage of reo Ma¯ori speaking journalists. “It’s incredibly important that New Zealand’s journalism landscape is rich with Ma¯ori stories created by Ma¯ori, in te reo Ma¯ori, for everyone.” Pacific Media Network chief executive Don Mann said: “Te Rito provides sustainability to PMN in provision of best-practice Pasifika multilingual journalism but, more importantly, it allows the network to play our part in rectifying the significant under-representation and imbalance within the journalism sector on behalf of the Pasifika community.” Newshub director of news Sarah Bristow said, “Te Rito aims to break down some of the barriers that are preventing young, diverse voices from being part of our media landscape. “It offers development and mentoring opportunities in the hope the cadets of today become the trailblazing journalists of tomorrow.” Also successful in NZ On Air’s first funding round for Public Interest Journalism was the Herald’s sister newspaper the Rotorua Weekender. The Weekender will become the only newspaper in the country to print a weekly bilingual section which will shine a light on issues for Rotorua iwi. NZME managing editor Shayne Currie said the projects were gamechanging. “Te Rito will inspire a new generation of journalists — our future storytellers, whose backgrounds and work will reflect modern-day New Zealand in all its diversity and vibrance. We can’t wait to get started — the work to get to this point is testament to the wonderful partnership that’s formed between four big media companies.” Recruitment for cadets will take place later this year. 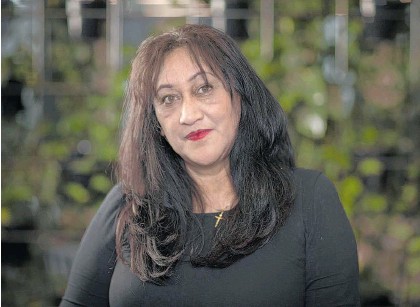