New business aiming to clean up

There’s a new business in town that plans on cleaning up . . . people’s vehicles, and eventually their dogs. The Clean CarWash franchise has its grand opening in Levin on Friday, July 23 and franchise owner Fran Spicer is super excited. As part of the official opening this weekend, there will be free car washes available between 9am and 4.30pm Friday to Sunday, as well as a sausage sizzle and other giveaways. The business is based between BNT Automotive and the Gull petrol station but due to the expected popularity of the promotions and to avoid congestion on Oxford St, Spicer is encouraging people to enter the carwash from the south service lane instead. Spicer moved from Auckland to Otaki ¯ three years ago and has never regretted that decision. When at Coastlands Mall in Paraparaumu looking for a dog wash facility, Spicer saw The Clean CarWash in operation there — tried it, liked it, and jumped online to check to see if she could purchase a local franchise. She was especially impressed by the environmental awareness the company has, including the fact the used water from each facility goes into the trade waste system and not directly into the waterways, and the chemicals used are biodegradable. With delays brought on by the Covid pandemic, Spicer is rapt that her business is finally opening. The business is open 24/7 for selfservice and manned between 9am and 4pm for valet cleans. “When using the self-service facility, we really appreciate it when people give the cleaning bay a bit of a spray down once they’re finished, especially if the car is particularly dirty,” said Spicer. There are also plans to introduce the K9000 dog wash facility in about a month, to cater for those people who like to clean their own dogs but would prefer not to use the bath or shower at home. So be sure to get along to The Clean CarWash on Oxford St, Levin, this weekend to give your car a bit of sparkle. 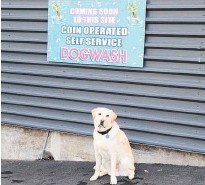 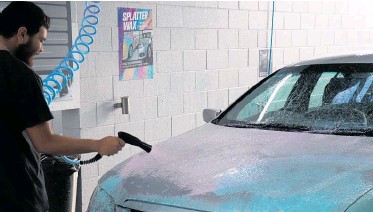 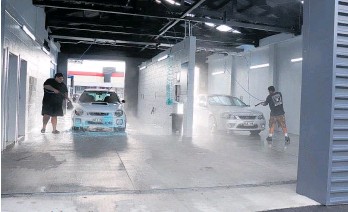