Creating awareness and now the protest

Levin’s traffic was gridlocked for at least an hour during lunchtime last Friday as 60 tractors and 300 utes belonging to farmers, tradies, growers and subcontractors, drove down Oxford St in support of the nationwide Groundswell. Their Howl of Protest directed at the Government did not go unnoticed in Levin. Hundreds of farmers, tradies, scaffolders, roofers, feed suppliers, anyone who uses a ute for work, turned up at Donnelly Park at 11am to join the 60 tractors for the ride. Local organiser Roy Williams from Levin Scaffolding said he was blown away by the turn-out. “I had no idea so many would show up and being the closest protest to Wellington we attracted people from Ka¯piti as well as Wellington. “It went better than expected. Everyone was pleased with the turnout and the whole thing took just over an hour. Everything went as planned and the police were great helping with the traffic flow. “We did not want to be disruptive, but we are determined to have our voice heard. To my knowledge no Labour MP turned up for this, though they were invited. We have now created awareness of our issues and the next one will be a real protest,” he said. There was plenty of support along the route from motorists and passersby as well as staff from businesses the convoy drove past. The constant changes to regulations and the moving of goalposts has them all upset, saying rules make their work unworkable. The nationwide Howl of a Protest was being organised by a group calling itself Groundswell New Zealand, in opposition to what it called “unworkable rules being thrust upon us by Government”. Laurie Paterson, of Groundswell NZ, said it was representing farmers, food producers, contractors, tradies, and councils. Paterson said while the “ute tax” was grabbing the headlines, they also had concerns on government policy around freshwater, significant land areas, indigenous biodiversity, seasonal overseas workers, climate change and high-country legislation. Groundswell claims the aim of the ute tax was to force people from diesel to electric vehicles, and there was no economic alternative electric vehicle essential to those used by farmers, horticulturists, industry support people and tradesmen. “It is clearly unworkable and another financial burden,” he said. Williams was organising the Levin protest. He said he was one of a growing number pushing back on a raft of new laws being introduced by the Government. “It actually affects everyone. They really have no idea. Business will have to pass on these costs to consumers,” he said. “You are not going to get much firewood in the back of a Suzuki Swift.” Williams himself said he was not anti-electric vehicles. He said the science and supply wasn’t there yet to make electric vehicles workable. He feared legislation was too far ahead of the technology and the infrastructure required to make it work. The next protest is planned for August 16. 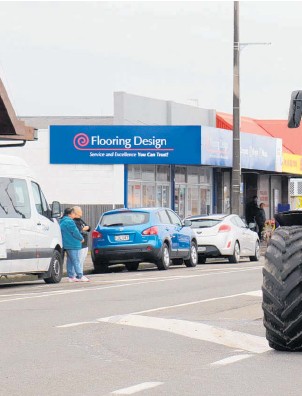 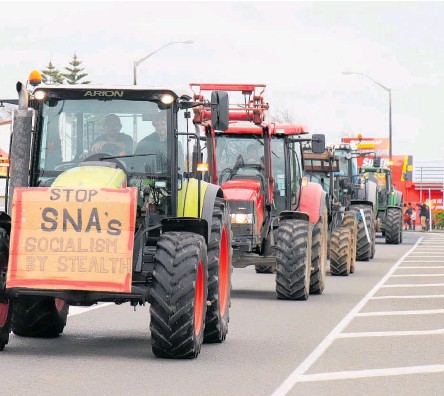 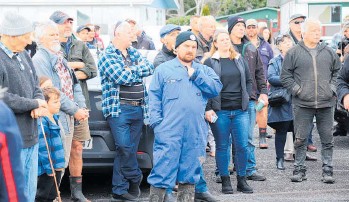 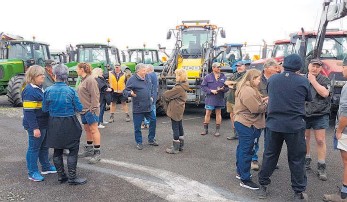