Life’s a beach for wild visitor

Aleopard seal became a school holiday attraction at Tairua on the weekend. According to the Department of Conservation, leopard seals are the only seals known to regularly hunt and kill warm-blooded prey, including other seals. Solitary animals, they prey on whatever is readily available including penguins, which they skin by gripping the bird with incisor teeth and shaking until its skin tears away. They can swivel around very quickly from their resting position to attack and can inflict serious injuries to dogs or people if they feel threatened. They also can carry infectious diseases, DOC warns. Stay at least 20m away, don’t disturb seals by making loud noises or throwing things, keep dogs and children away and don’t feed the seals and never attempt to touch a seal. 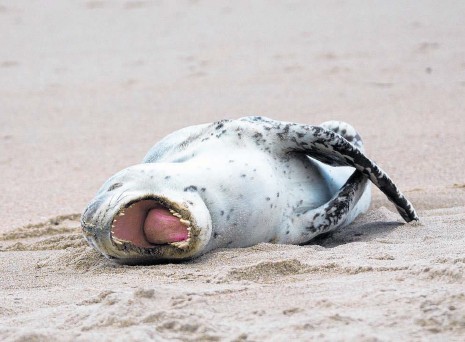